You are here: Home » Latest News » A machine learning approach to the differentiation of fMRI data of CFS from a sedentary control

Chronic Fatigue Syndrome (CFS) is a debilitating condition estimated to impact at least 1 million individuals in the United States, however there persists controversy about its existence.

Machine learning algorithms have become a powerful methodology for evaluating multi-regional areas of fMRI activation that can classify disease phenotype from sedentary control. Uncovering objective biomarkers such as an fMRI pattern is important for lending credibility to diagnosis of CFS.

fMRI scans were evaluated for 69 patients (38 CFS and 31 Control) taken before (Day 1) and after (Day 2) a submaximal exercise test while undergoing the n-back memory paradigm. A predictive model was created by grouping fMRI voxels into the Automated Anatomical Labeling (AAL) atlas, splitting the data into a training and testing dataset, and feeding these inputs into a logistic regression to evaluate differences between CFS and control. 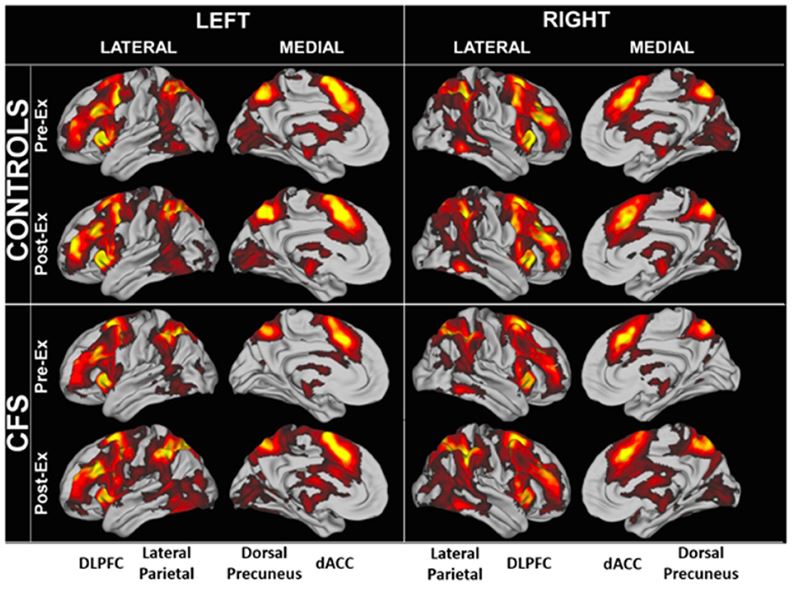 Figure 3. Significantly elevated BOLD activity during the 2 > 0 back condition in CFS and control groups before and after exercise

This study was able to uncover a pattern of activated neurological regions that differentiated CFS from Control. This pattern provides a first step toward developing fMRI as a diagnostic biomarker and suggests this methodology could be emulated for other disorders. We concluded that a logistic regression model performed on fMRI data significantly differentiated CFS from Control.