You are here: Home » Latest News » Countess of Mar tells House of Lords that people with ME/CFS are treated “abominably” by caring professions

The Countess of Mar, (chair of the Forward ME Group) contributed to a short debate on NHS: Medical Competence and Skill in the House of Lords 7 January 2015. 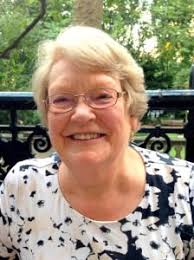 My Lords, I, too, am grateful to the noble Lord, Lord Parekh, for introducing this Question for Short Debate this evening.

I encounter almost daily cases where people with ME/CFS and others with medically unexplained physical symptoms, known as MUPS, are treated abominably by members of supposedly caring professions.

For example—and it is by no means an isolated example—a young man of 17 had problems with tolerating foods since he was a small baby. Standard tests could provide no clear reason. By the time he was 16 he was diagnosed by consultant paediatricians at both St Thomas’ and Great Ormond Street hospitals as being extremely reactive to almost all foods and was restricted to a prescribed liquid diet, as none of the consultants had any other resolution. Eventually he was admitted to an environmental medicine polyclinic, where I am also treated, where he has been treated with low-dose immunotherapy and nutritional supplementation. Over a period of a few months, from being able to tolerate no foods he is now eating 33 different foods with few problems.

On his 17th birthday, he went out with some friends for a meal and during that night he developed very severe abdominal pain and, after his GP had refused to visit, his mother managed to get him to the polyclinic. There acute appendicitis was diagnosed and immediate admission to his local hospital in Oxford was recommended. The paediatric consultant’s first response was to ask, “What has the mother of this boy done now?”.

On arrival at the hospital the consultant informed the mother that he knew that nothing was wrong with the boy but he would keep him for observation. He scheduled a scan and then went home for the weekend. The boy was left screaming and in acute pain for a further 24 hours, without pain relief or other medication. By the time he was operated on, his appendix had perforated, making treatment much more complex than necessary.

To this day, despite all the evidence of the extremity of his reactions to foods and the failure of our two flagship hospitals to treat this young man’s condition, his Oxford consultant insists that there is nothing wrong with him, that he should stop the polyclinic treatment and that he should eat a normal diet, apparently because standard allergy tests do not provide confirmation. This results in great stress and distress to the boy and his mother.

In fact, substantive evidence in numerous publications proves that the safety and efficacy of immunological changes after treatment with oral immunotherapy for cow’s milk allergy, nut allergy, allergic rhinitis, wheat desensitisation and other specific foods and chemicals is well recognised. The treatments are validated and are neither experimental nor complementary medicine.

I have long wondered why there should be such particularly unreasonable treatment for people with MUPS and I have come to several conclusions. Medicine is supposed to be a very rewarding profession, whether the practitioner is a doctor, nurse or ancillary worker. The patient consults, the doctor diagnoses and prescribes and the patient gets better or at least no worse. On the occasions when the patient’s condition deteriorates and he or she dies, it is usually because the illness is well understood and this is part of a normal process. This is clearly not the case with MUPS. Modern doctors are highly reliant on technology. Test reports taken at face value can dominate the diagnostic process without taking into account factors such as clinical presentation and history and the possibility of false positive or negative results.

Additionally, medical practice has become a cost-benefit calculation, with treatments either enforced or rejected on this basis rather than on patient need. I have the distinct impression that, because some doctors and other medical practitioners fail to understand some disease processes, they grow impatient, even intolerant, when their patient fails to respond and then they blame the patient.

The skills that medical practitioners acquire during training are essential to good practice for the rest of their working lives. Unfortunately, the natural scientific curiosity of the profession seems to be stifled in the course of their training. There are still far too many medical professionals who hold that MUPS are “all in the mind” and that patients simply need to pull themselves together, perhaps with the help of a little cognitive behavioural therapy. Somehow, current research findings are not filtering down to doctors who deal with patients.

Are the time constraints on appointments and the dependence on technology reducing a doctor’s ability to listen and to communicate effectively? Is it because GPs and consultants work such long hours that they have neither the time nor the energy to do their own research on problems concerning chronically ill patients? Is it because complex investigations cost money and initial investigations come back as being within normal ranges that the current view is that further tests would not be cost effective? Or is it because doctors have become so demoralised that they can see no reason to go the extra mile on behalf of their patients?

The NHS is excellent for acute management of illness because clear guidelines are usually followed assiduously by all staff. Chronic complex conditions are problematic because clinicians seem to deal with only one symptom at a time. Specialisation means that patients with ME/CFS are rarely looked at holistically. I have heard of one doctor’s surgery with a notice on the door which reads, “One complaint at a time”. The trouble is that frequently it is the combination of symptoms which will point to a clear diagnosis.

I have confined my speech to one aspect of competence and skill, one which falls far short of the excellence that should be the norm. I am interested to hear how the Minister proposes to improve the position for some 250,000 patients with ME/CFS and the many more who have other medically unexplained symptoms.

The debate was answered by the Parliamentary Under Secretary of State for Health, Earl Howe.